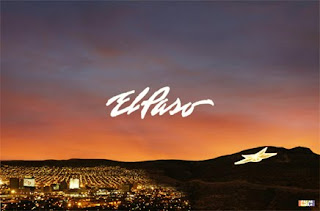 We've been hearing a lot of noise from Orly Taitz, Leo Donofrio, Mario Apuzzo and the rest of the birther crowd. Leo Donofrio, a pro poker player and part-time lawyer, invented from whole cloth the theory that a natural born citizen is only someone whose parents were both citizens at the time of his birth. He then embellished his invention with a third class of citizen: native born. In his imagination, a native born citizen is someone born on US soil, has 14th Amendment citizenship, but cannot aspire to the presidency because one, or none, of his parents were US citizens at the time of birth. His legal theory, for which several lawsuits have been filed, is that Barack Obama is a native born citizen, but not a natural born citizen, because his father was not a US citizen when he was born on US soil. According to his fetid imagination, Barack Obama cannot therefore be president.

I hate to tell the Denialists, AKA birthers, about hundreds of women crossing from Mexico everyday to give birth in midwife clinics in border cities like El Paso.

And here is a scenario which will happen one day:

Mercedes Rodriguez, 16, is pregnant by her boyfriend. When she feels labor is going to start, she crosses from Juarez to El Paso on the trolley, to one of the many midwife clinics which cater to Spanish speaking patients. A midwife delivers a boy, and a representative from the El Paso Bureau Of Vital Statistics visits Mercedes, and records the birth of Hector Rodriguez. For "father," she records "unknown." Mercedes does not go back to Mexico, and finds a job in a hair salon. A social worker goes to where Mercedes and her son are living, to make sure he is well taken care of, and helps her register him for school when he is old enough.
Hector does so well in school, that he is given a complete scholarship to Harvard, and when he completes his degree in Political Science, he returns to El Paso. After being elected to the City Council, he is elected mayor. Then, with the help of Hispanics and other people, he announces his intention to become the first Hispanic president. He wins the election as a Democrat, and his mother is thankful she was able to give birth in the United States.
.
Better get used to it, Denialists. It's going to happen.

As long as young Hector's foreign policy is sound, I so want this happen sooner, rather than later.